We have compiled the top 10 celebrity nude scenes for 2014. As you can see in the videos below, this was an epic year of nude degeneracy in both movies and television.


Cameron Diaz makes her nude debut on the big screen in the horribly unfunny romantic comedy “Sex Tape”. Instead of paying for Jason Segel to co-star the producers should have bought a time machine, traveled back in time 20 years, and filmed Cameron nude when she was still attractive and people gave a damn about her.


Shailene Woodley gets naked repeatedly while having sex with random guys during a snow storm in “White Bird in a Blizzard”. This type of winter whoring makes one wish that global warming wasn’t a myth.


Keri Russell shows off her surprisingly toned backside in this nude scene from the TV show “The Americans”, on which Keri plays an undercover KGB spy who goes around sleeping with Washington DC bureaucrats for useless bits of information.


Nathalie Emmanuel displays her shameful mocha nude body while cleaning her filthy slave snatch in this scene from HBO’s “Game of Thrones”.


Lizzy Caplan goes fully topless while reenacting a typical sexual encounter with a limp-dicked infidel male in this scene from “Masters of Sex”.


Eva Green gets naked a pounded hard from behind in this scene from “300: Rise of an Empire”. Of course in typical Jewish slut fashion, after getting deep dicked Eva immediately double-crosses her lover and takes him captive. She will then no doubt harvest his organs, and sell them on the Tel Aviv black market.

#4 Scarlett Johansson – “Under The Skin”


Scarlett Johansson makes her big screen nude debut in “Under The Skin”, and in doing so causes “Under The Skin” to set the record for most disappointing film ever, surpassing “Star Wars: Episode I The Phantom Menace”.


Olivia Wilde displays her perky little breasts and slightly saggy butt in “Third Person”. Which is a fitting title for the film considering it is #3 on our list, thus making Olivia the third person we will be stoning.


Stacy Martin brilliantly portrays the sex life of a typical single infidel woman in “Nymphomaniac”. Of course what probably made Stacy’s performance so good in this film is the fact that in real life she is just as big a whore.


There can be no doubt that the #1 celebrity nude scene of 2014 was by Alexandra Daddario in the HBO series “True Detective”. Alexandra’s tits and ass are the most righteous in heathen Hollywood, so really the only thing bad that can be said about this scene is that Woody Harrelson’s inbred Texas face is in it.


We have included the bonus video above of Lea Seydoux and Adele Exarchopoulos’ epic lesbian sex scene from “Blue Is The Warmest Color”, because the film came out at the very end of 2013 and so it didn’t make last year’s list despite it being one of the most immoral sex scenes ever captured on film.
Adele Exarchopoulos Alexandra Daddario Cameron Diaz Celeb Videos Eva Green Keri Russell Lea Seydoux Lizzy Caplan Nathalie Emmanuel Olivia Wilde Scarlett Johansson Shailene Woodley Stacy Martin

11 Most Gorgeous Filipina Beauties You Should See Now

Eleven Most Gorgeous Filipina Beauties There’s a lot of beautiful women in the world, but for some reason we mostly hear about white Hollywood actresses. Seems unfair, when there’s so many other women who deserve our attention and love. Diversity is wonderful and beautiful, and today we shall pay some well deserved attention to a few gorgeous Filipina women. Trying to put them in any order is very difficult, after all they’re all very beautiful and charming in their own way. So here we go, in no particular order, let’s take a look at 12 most gorgeous Filipina women. 1.Myrtle Sarrosa This beautiful Filipina girl is only 21, but despite her young age she’s managed to capture the hearts of many fans. She’s best known for her appearance on the Pinoy Big Brother: Teen Edition 4. She became the Big Winner of the show and that was the start of her rise to fame. She’s also well known for her cosplaying. Myrtle Sarrosa has many talents. She’s an actress, a cosplayer, a tv h 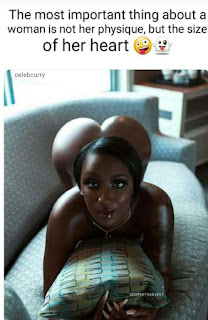