Nick Name: Lyssa,Conan
Birth Name: Alyssa Jayne Milano
Occupation: actress, model, musician
Date of Birth: 19 December1972
Place of Birth: Brooklyn, New York, USA
Height: 5' 2"
Relations: Mother: Lin, fashion designer Father: Tom, musical editor Brother: Cory, born 10/24/1982
Spouse: Cinjun Tate (aka Cinjun Augustus Tate; lead singer of rock band Remy Zero; together since 1998; married New Year's Day 1999) Now divorced.
Hair color: Brown
Eye color: Brown
Sign: Sagitarius
Tattoos:
1 - I have a fairy on my hip as a token of my youth
2 - I have an angel on one ankle and a
3 - vine of flowers on the other because angels and flowers are cool
4 - The rosary beads on my back are part of my rosary collection
5 - On my left wrist is the Buddhist symbol of Om
6 - ouroboros—a snake biting its tail
7 - sacred heart on my lower back
8 - Tattoo on Neck

Biography:
Alyssa Milano literally grew up in front of the world on ABC's long-running comedy "Who's the Boss." For eight years, she brought the character of "Samantha Micelli" to life on the top-rated series. After the show completed its' last season in 1992, she continued to hone her talents on both the big and small screen.
After two seasons playing "Jennifer Mancini" on the hit Fox show "Melrose Place," Milano re-teamed with Spelling Television last year in The WB series "Charmed." Now in its second successful season, Alyssa stars with Shannen Doherty and Holly Marie Combs, as one of three San Francisco sisters who discover they are Witches with magical powers. "Charmed" series debut had the highest Nielsen rating of any premiere on The WB.
Milano wrapped production on Destination Films' "Buying the Cow", the romantic comedy was scheduled for release in the spring of 2000.
Milano has done several highly rated telefilms, "Gold Rush," which aired as part of ABC's revival of "The Wonderful World of Disney." Also for ABC, Alyssa starred in "To Brave Alaska" and "The Surrogate," and for teh Showtime Network, Milano starred in the "Confessions of a Sorority Girl" episode of "Rebel Highway," directed by Uli Edel. She was also seen in "Casualty of Love: The Buttafuoco/Fisher Story," playing Amy Fisher; HBO films "Conflict of Interest," and "Candles in the Dark," directed by Maximiliian Schell.
Milano's feature film career includes the title role in the comedy, "Hugo Pool," which debuted at the 1997 Sundance Film Festival. The film, directed by Robert Downey, Sr. and co-starring Sean Penn, Malcolm McDowell and Richard Lewis, chronicled a day in the life of a Bel Air pool cleaner (Milano).
Milano made her executive-producing debut in the thriller, "Body Count," in which she also starred opposite actor/recording artist Ice-T.
Milano's additional feature credits include the Imagine Entertainment/Universal Pictures' feature, "Fear," directed by James Foley. In this psychological thriller, Milano co-starred with Reese Whitherspoon and Mark Wahlberg as "Margo," a seventeen year-old going on twenty-five who is involved in a dangerous "fatal attraction" relationship. Other feature films include the action-thriller "Double Dragon," "Where the Day Takes You," "Commando," starring Arnold Schwarzenegger and "Little Sister."
Milano got her thespian start in 1980 with the national touring company of "Annie." Besides this beloved musical, Alyssa has starred in "Tender Offer," a one-act play written by Wendy Wasserstein; "All Night Long," directed by Andre Gregory, and the first musical adaptation of "Jane Eyre." She returned to the theatre in 1991 when she starred in and produced a Los Angeles-based production of "Butterflies are Free."
Posted by Shurbhi.in at 11:45 No comments: 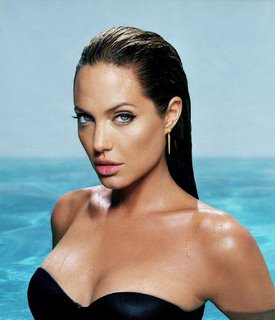