Men love watching two kinds of sports. The first one is their favourite, and the second involves women.

Have a look at the hottest girls in sports.

Alex Morgan is an American soccer player and Olympic Gold medallist. She is a forward for Portland Thorns FC and a member of the US Women's National Team. She has recently posed as Katy Perry for the Music Issue of ESPN Magazine.

Ellen Hoog is a Dutch female field hockey player and a member of the Netherlands women's national field hockey team.

Kaylyn Kyle is a Canadian footballer who plays as a midfielder for Seattle Reign FC in the National Women's Soccer League.

Leryn Franco is a Paraguayan model and athlete. She specializes in the javelin throw. Her personal best is 57.77 meters, achieved in June 2012 in Barquisimeto.

Maria Kirilenko is a Russian professional tennis player. She won her first WTA Tour title in 2005, defeating Anna-Lena Grönefeld in the China Open. 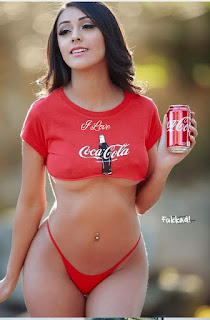